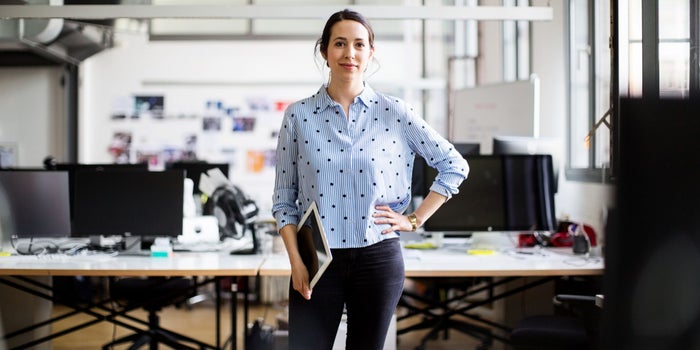 Surveys from the 1970s show that married women in more than 80% of affluent households had nominal or no involvement in investment decisions. Fast forward to 2017, and more than 80% of married affluent women make financial decisions jointly with their spouses. Of those with just one person making financial decisions, it’s now split almost evenly: 7.9% of these households have the man in charge of the money and 8.3% have the woman in charge. These facts must be heard by marketers to the affluent. Buying decisions once thought of as gender specific no longer are. The interest in one thing or another may be held only or principally by either the husband or the wife, but the decision releasing the money for the purchase won’t be in 80% of the households.

Another big change: Beginning in 2005, single women became the second-largest group of home buyers, right behind married couples. And single women buy nearly twice as many homes as single men. Yet when have you seen any real estate advertising specifically aimed at single women? Comparable examples can be found in numerous other product and service categories, where marketers are ignoring opportunities in current reality.

Some single women are single for the traditional reason — not yet (or ever) finding the right man. But there’s a growing population of what demographic analysts call the “willfully unmarried,” who consciously and deliberately choose to stay single. Among the willfully unmarried women are two groups of special interest to us: the particularly affluent single women and the affluent boomer single women. In these two groups, and particularly in a group composed of overlap from the two, we find untold spending power, controlled by women who are buying their own homes, doing their own investing, planning and funding their own retirements, planning their own vacations and so on — for life. These women are permanent heads of households, and can and should be marketed to as such, yet hardly anybody is. In fact, my files are lacking any good examples of advertising or marketing specific to this to show you!

Late-in-life divorce as a spending event

Among U.S. adults aged 50 and older, the divorce rate has doubled since the 1990s. The majority of the divorces that occur after 20 to 25 years of marriage are instigated by the wives. Far from grieving quietly, many of these women quickly re-enter the dating and next-husband-hunting game, find it highly competitive, populated by an insufficient quantity of men, and full of older men seeking younger women. Consequently, a number of self-improvement investments occur within six to 12 months of divorce: cosmetic surgery, cosmetic dentistry, weight loss products, new and younger-looking wardrobe, new and younger-looking car. In short, affluent women age 45 through 60, divorcing after long marriages, tend to go on personal spending binges and be exceptionally susceptible to certain kinds of product and service offers about four to six months post-divorce.

Cosmetic surgery was once almost exclusively for affluent women, or actresses and models. And it wasn’t openly discussed. Today, its popularity spans age ranges from shockingly young to surprisingly old, from mass-affluent to ultra-affluent. And not only is it openly discussed, but it’s discussed in ways that might make many people blush. For example, according to a study published in the Aesthetic Surgery Journal, 81% of breast surgery patients and 68% of other body surgery patients reported improvements in sexual satisfaction. More than 50% of these patients said they were able to achieve orgasm more easily following their surgery. And 56% also noted increases in their partners’ sexual interest and satisfaction following the surgery.

What’s most important about all this, from a marketing standpoint, is the willingness of women to confront every imaginable health, beauty, aging and lifestyle issue head-on, and the willingness of affluent women to spend almost without limitation on themselves, their physical and emotional well-being.

As an example of the complexity required for success in marketing to affluent women, consider the financial services field.

In their book Marketing to the Mindset of Boomers and Their Elders, Carol Morgan and Doran Levy accuse financial services and investment firms of “conjuring up differences where none exist” in advertising, marketing, and selling to affluent women (investable assets, $500,000+) and mass-affluent women (investable assets, $100,000+) making their own investment decisions. Assumptions are made by many investment marketers that “women feel differently and learn differently about investing” so there’s a need to “speak to women in terms relevant to their lives and in language that’s appealing to them.”

But the popular financial writer Jane Bryant Quinn expressed her distaste for financial advertising treating women as “a breed apart.” Quinn describes this advertising as “condescending.” “Who,” she asks, “besides women are told they need help because they are emotionally impaired?” Quinn cites market research studies confirming that there’s no difference in investment patterns by gender.

So who’s right? I would suggest they’re both right and wrong.

First of all, lumping the mass-affluent and affluent women together is a serious mistake. Women with $500,000 and up to invest have, for the most part, been more involved with their wealth for a longer period of time. They also have access to a different level of financial advisor and choices of investment-related services. They’re less likely to be paying attention to Suze Orman and Money magazine and more likely to be reading The Wall Street Journal, Forbes and Worth than their mass-affluent counterparts.

But Quinn is off-base in denying that gender differences affect perception of and responsiveness to advertising and overt marketing. Georgette Geller-Petro, an executive with the financial services giant AXA Financial®, states, “Through feedback from our advisors who work with women, we’ve found that women’s financial goals, as well as how they articulate them, are different than those of men.”

So gender difference matters, though Quinn is right when she recoils at ad approaches that feel “condescending.” Women, especially career women, are hypersensitive to being talked down to, to not being given credit for their intelligence, knowledge and experience. There’s a profound difference in the way women respond to language.

Tags: 21st, Affluent, And, Century, her, Marketing, needs, the, woman