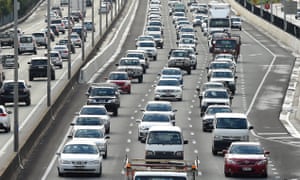 Australia is at risk of becoming a dumping ground for cars pre-charged with a greenhouse gas 1,400 times more potent than carbon dioxide, industry groups warn.

The culprit is refrigerant used in car air-conditioning systems known as HFC-134a, a gas first introduced to replace ozone-depleting gases that were phased out in the 90s.

Since then, HFC-134a has been found to be a potent greenhouse gas, a discovery which has seen it banned in the EU and the US thanks the widespread availability of an alternative gas, HFO-1234yf.

HFO-1234yf has no impact on the environment as a greenhouse gas, but is slightly more flammable under very specific circumstances.

Though Australia was an early and enthusiastic adopter of international obligations such as the Montreal Protocol, which phased out ozone-depleting gases, it has yet to extend these regulations to include a ban on HFC-134a and similar gases with a high global warming potential.

Instead the Australian government has maintained the status quo, relying on existing regulations under the Montreal Protocol to phase out the old stock of gas by the middle of next decade and the assumption that importing into the country new cars with the latest technology will naturally reduce use of the gas.

As has been the case with CO2 emissions more broadly, this has not been borne out.

A report released in September by the Department of the Environment said it would take until 2020 for HFC-134a to be phased out under existing arrangements, but also noted the expected transition to the cleaner gas has so far “not occurred”.

The report especially noted that carmakers were using Australia as a dumping ground due to its lack of regulation.

“Automakers appear content to continue to supply models with older generations of refrigerants to any markets that permit HFCs, while making HFO-charged models available where they are required to by law,” the report said.

Last year Australia imported roughly 1.2m new cars, which added an additional 677 tonnes of HFC-134a to the country’s stocks, while another 707 tonnes was used to refill empty air-conditioning systems.

These included cars such as the German-made Holden Commodore, and even electric vehicles from Tesla. Both companies were contacted for comment but did not respond by deadline.

Last year, air-conditioning systems used in Australian cars released 1.34 megatonnes of CO2-equivalent last year into the atmosphere as they experienced general wear, road accidents or came to the end of their life.

For a country that has seen CO2 emissions rise from its road transport fleet in recent years, banning the importation of cars charged with HFC-134a would be a quick – and cheap – way of dealing with the issue, but the environment minister, Sussan Ley, has so far remained non-committal on the issue.

A ministerial spokesperson said use of HFC-134a is accounted for in the country of origin and, while the government is closely monitoring existing regulations to phase out HFC use over time, it will “consider other measures in industry sectors should the phase-down not proceed at the pace expected”.

“The Department of Environment and Energy will be meeting with motor vehicle manufacturers in the coming months to discuss their plans to move to low global warming potential refrigerants,” the spokesperson said.

The spokesperson said the government intends to address the issue of HFC-134a use within electric vehicles as part of the electric vehicle strategy it is currently developing.

While industry groups have welcomed the news, Ian Stangroome, president of the automotive air-conditioning technicians network Vasa, said Australia could do more to proactively expand its existing regulation to ban cars with HFC-134a.

To do so would be a “free kick” for the government.

These comments were echoed by the executive director of Refrigerants Australia, Greg Picker, who said the government needs to take “one more step”.

“In automobile air-conditioning, the [current] strategy has not delivered,” Picker said. “We would like to see a limit – I see no reason to do anything different than the EU – of a global warming potential limit of 150 placed on car imports in the future.”

“Existing legislation gives the Australian government capacity to put a limit in place. To use an analogy, we already have the tool, but the tool has not been taken out of the kit bag.”