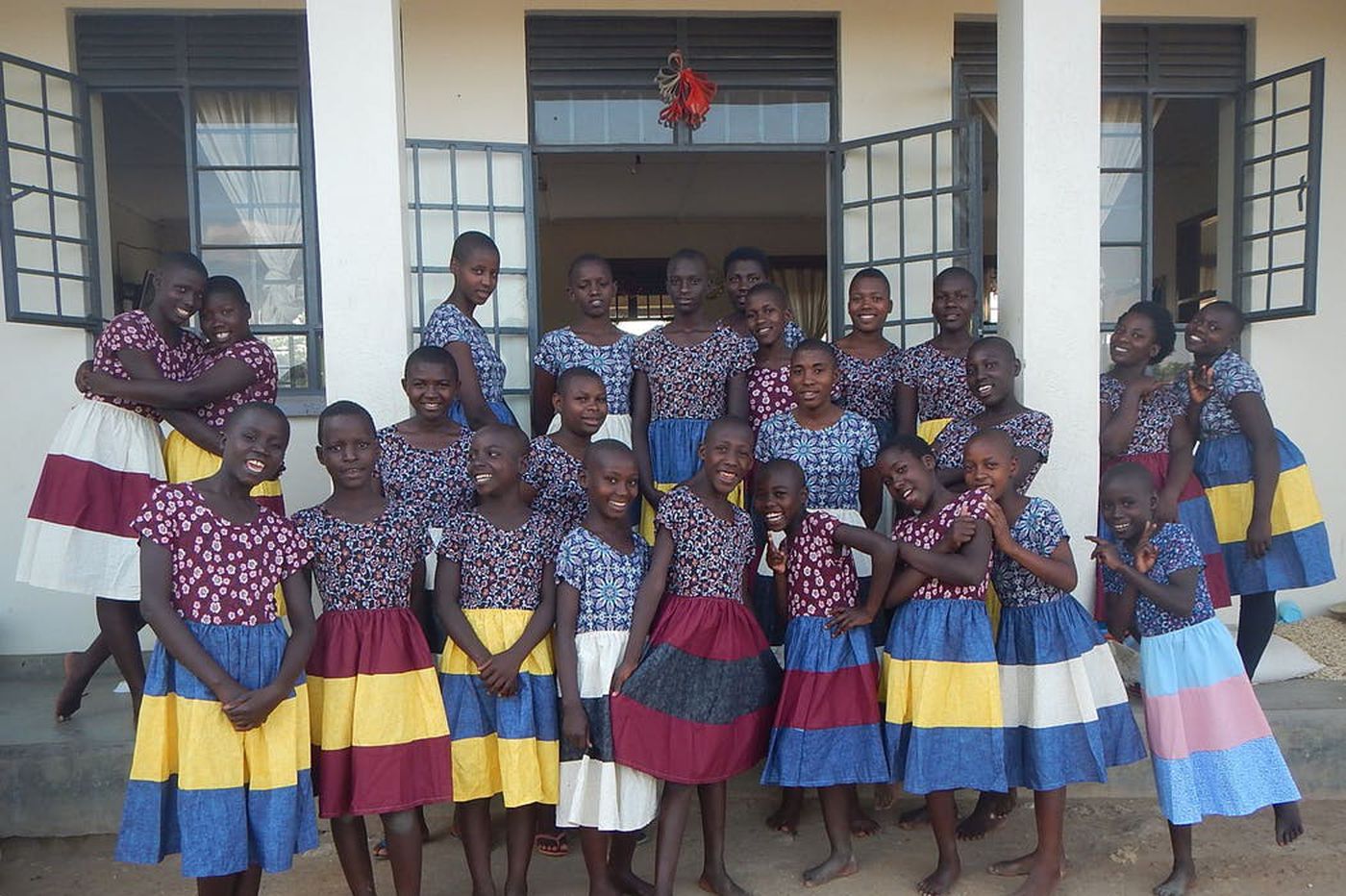 Students in a studio on the University of Minnesota’s St. Paul campus sat at long tables on a recent afternoon, pushing fabric through buzzing sewing machines as piles of colorful clothing grew beside them.

In this technical apparel design course, they make clothes. Lots of clothes. The purpose of the course is to let students experience the process of mass-manufactured clothing conducted by big companies like Target.

But the course — and the clothing — has an additional purpose.

“We produce a lot of stuff and we have to have something to do with all the stuff,” said course instructor Lucy Dunne, director of the university’s apparel design program.

Clothing produced in class — this semester included overalls, dresses, rompers, T-shirts, and leggings in different colors and fabrics — goes to charitable organizations around the world. Those partners vary from year to year and Dunne said they’re always looking for new partners. But every year since the class began in 2012, they have sent clothes to Blue House Uganda, an orphanage for girls in a small Ugandan village founded by a University of Minnesota alumna.

“It’s fun because we’ve made things knowing that they will treasure them,” said Andrea Dunrud, a senior in apparel design who sat next to a stack of freshly assembled overalls. “It’s nice to remind yourself that some little girl is going to love this pair of overalls.”

That’s for sure, said Karen Lilley, a retired communications specialist who has long been involved with Blue House. The girls ordinarily would wear secondhand donated clothing shipped over by organizations like Goodwill. When the girls began receiving donations from Dunne’s class, “it was the first time in their lives they’d ever had a new piece of clothing that was made just for them,” Lilley said. “And that was a big deal.”

The Ugandan girls submit drawings of clothes they imagine wanting to wear. “Some of them are quite young, so we’re like, I think that’s a dress,” Dunne said, smiling. “Others are more detailed, with zippers and straps.”

Megan Malotky, a junior, pointed out that the tags inside the clothes feature a university logo inside a heart and a message: “Made with Love, University of Minnesota Students.”

The students create fashion illustrations based on the girls’ drawings, then refine them to make sample garments. The best samples get selected for mass production. Fabrics are donated by a textile manufacturer in China. The 12 students in this semester’s class will produce 225 garments, about two-thirds of which will go to Blue House, delivered by volunteers.

Blue House Uganda was founded by Beatrice Garubanda, a Ugandan who earned a master’s degree in education at the university and a master’s degree in theology from Luther College in St. Paul. When Garubanda returned to her home village, Kazo, after 17 years away, she found it devastated by poverty, war, AIDS, and other diseases. Hundreds of orphaned children wandered homeless and hungry, unable to attend school. Girls were especially vulnerable.

Garubanda bought an empty store, painted the roof blue to represent hope, and opened it to orphaned girls.

Even now, the girls live “just a couple of steps above the poverty they came from,” Lilley said. “The orphanage has no electricity, no running water, and the latrines are holes in concrete.” But they have a safe, family-like home, and receive food, clothing, health care, mentoring and support to attend public school. In a country where just 21% of girls finish high school, the graduation rate among Blue House residents is 100%. Three have graduated from college.

Garubanda died in 2005. Some years later Lilley, who had known Garubanda, and a member of the apparel design faculty had the idea of making simple sundresses for the girls. Dunne suggested going a step further and having her students make items specifically designed for the girls. Dunne felt that the students’ classwork “would have more meaning if they did it for a real group of kids with faces and lives and stories.”

Those faces show their excitement when the girls receive the garments. “They always do a fashion show when they get them,” Dunne said, and send back photos of themselves in their fancy new outfits.

Tags: By, Clothes, College, goes, in, made, orphans, students', To, Uganda