The Honor Magic 2 will be unveiled two days from now. The official teasers and the leaks have painted a picture of a phone that will give even the Huawei Mate 20 Pro and Xiaomi Mi Mix 3 a run for their money. This teaser, for example, promises the flagship Kirin 980 chipset. 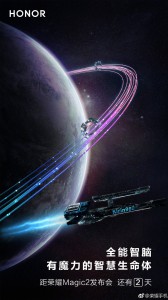 And this gives us a touch more details. The phone will be running Android 9.0 Pie (undoubtedly with EMUI on top). It will have a version with 8GB of RAM and 128GB storage, but other configurations are possible as well.

The AnTuTu score is close to what we expect from Android’s first 7nm chipset, but the software is probably a pre-release version, so we’ll leave the comparisons for later.

The final tidbit revealed by this is the screen resolution – 1,080 x 2,340px. That matches Xiaomi’s Mi Mix 3 (which has a similar notchless slider design) and is taller than Huawei’s Mate 20. 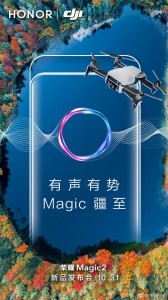 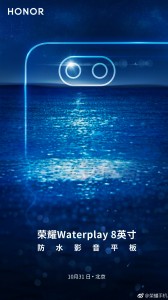 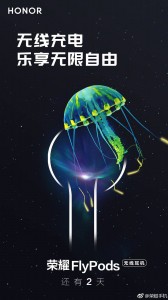 A collaboration with DJI? • New tablet may be incoming • New headphones too

By the way, a couple of teasers caught our attention. One features a DJI drone (a Mavic by the looks of it), so an Honor-DJI collaboration may be in store. Also this, the Honor WaterPlay, an 8-inch tablet that could be unveiled alongside the Honor Magic 2. Also, a new pair of wireless headphones and don’t forget the Honor Watch.