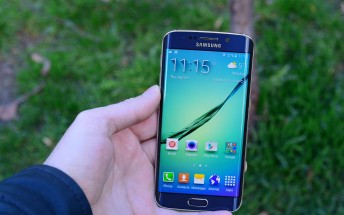 Samsung hasn’t always been timely with security updates for its older smartphones, but things have changed recently. Case in point: a couple of devices that are roughly two years old are now receiving the July security update – and we’re still in July, mind you. We’re talking about the Galaxy S6 edge and Galaxy S6 edge+. Sure, Google makes a point of sending these out at the beginning of each month, but we really can’t fault Samsung too much on this one.

The update for the S6 edge is currently rolling out to unlocked units in the Netherlands as build G925FXXS5EQG1. It should make its way to other European countries soon. On the other hand, for the S6 edge+ only the Vodafone-branded model is getting the new software at the moment, with the new build number being G928FXXS3CQG8. Obviously this too will reach other versions of the phone across the continent in due course.

The July security update includes 65 separate fixes from Google, as well as 16 patches from Samsung for its own software additions on top of Android. As usual, it’s strongly recommended to apply such updates as soon as possible.