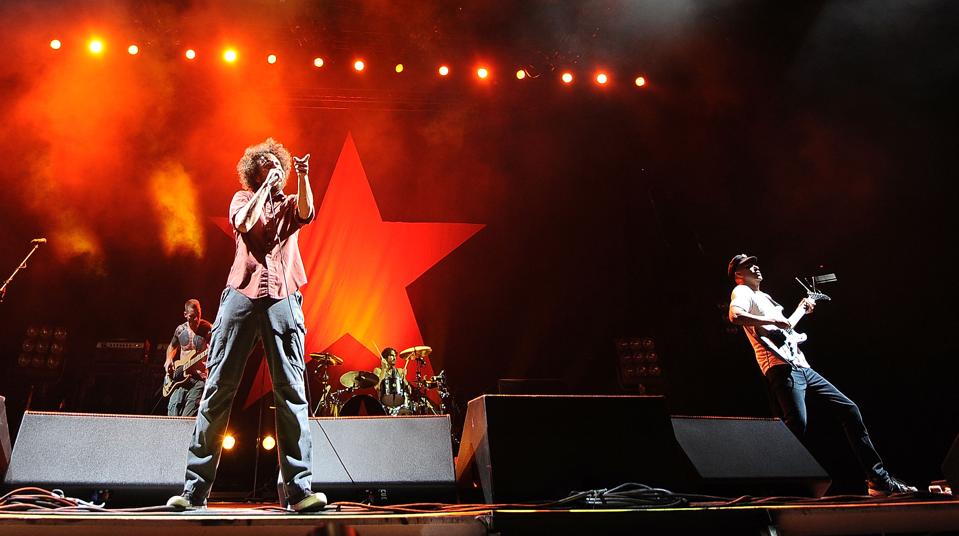 Among Guns N’ Roses, Rammstein, Megadeth, Def Leppard & Mötley Crüe, Rage Against The Machine are now leading the charge for rock tour of the year. After a 9 year hiatus, the band has officially announced a world tour planned for 2020.

These tour dates comes in addition to the already scheduled festival appearances the band had announced back in November, as well as their three standalone southwestern shows at the end of March. The “Public Service Announcement” tour encapsulates 40 shows across the US, Canada, and Europe, including two back to back performances at New York City’s Madison Square Garden. The band’s previously scheduled southwestern shows in El Paso, Texas, Las Cruces, NM, and Pheonix, AZ will also see all the proceeds go to immigrant rights organizations. Tickets for the world tour will be available February 13th on the band’s website.

As it currently stands, Rage Against The Machine will play a total of 40 shows in 2020, which makes this year their most active since the 2007-2011 reunion tour. In fact, RATM haven’t played this many consecutive shows in a single year since before their last reunion tour.

Maybe the scale of this world tour will subsequently lead to something even bigger for the band’s career, possibly a new record. Based off the success of their fellow 90’s rockers, Tool, whose 2019 comeback album saw soaring success, RATM could easily match or even surpass the sales of Fear Inoculum. Keep in mind, RATM’s last studio album, Renegades, was released in 2000, and prior to 2019’s Fear Inoculum, Tool’s last records came out in 2006. The record gap is almost twice as long for RATM, so there’s no telling just how much more successful a new Rage record would be. RATM are also an amalgamation of hard-rock and rap, making their music far more marketable than Tool’s.

In general 2020 has become very nostalgic for 90’s era rock, with Rammstein, Tool, The Red Hot Chili Peppers, and RATM all seeing comebacks or significant activity throughout the current year. There’s no complaint in that however, RATM were just the last piece to puzzle and hopefully they’re here to stay this time around.