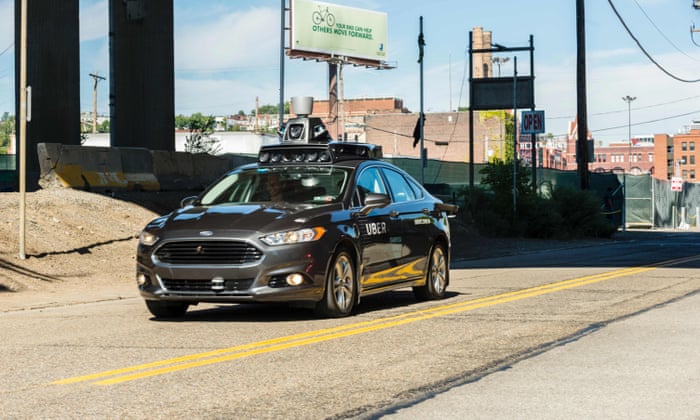 A threshold was quietly crossed in the first quarter of 2016. For the first time, mobile carriers reported activating more connected cars than phones.

At a vehicle tech demonstration in Manhattan this month, a group of reporters stood around a custom-made, tablet-screened display console as Darrin Shewchuk, a spokesman for Harman International, explained the impending technological revolution.

Harman, a company long known for its high-end stereo equipment, is working with Samsung to make sure even more vehicles get connected.

“There will be more than 200m connected vehicles on the road around the world by 2020,” Shewchuk said, outlining Harman’s partnership with Samsung to create a new generation of in-vehicle technology.

A blue-tinted graphic appeared on the console’s screen depicting the vague outline of a human form floating in the midst of a number of devices – phone, car, “smart” house. White tendrils radiated from the humanoid towards its various gadgets. The idea behind this scenario is that your devices can know who you are (based upon usage patterns) and where you are, thereby providing the best possible experience according to your situation. Harmony prevails in the idyllic blue-graphic microcosm.

But in the minds of anyone who has seen Terminator or any number of other dystopian future-themed films, questions about security inevitably arise. Consensus in the industry is that automating vehicle functions and allowing them to communicate with one another will be a boon to safety and traffic reduction, and that over-the-air software updates will be the best way to fix bugs and make improvements. But even the champions of this cure-all technology admit there’s always a possibility that something could go wrong.

Washington, which has done little so far to help or hinder the rise of the robot car, is finally stepping in. A bill that would speed up development of self-driving cars and establish a federal framework for their regulation, the Highly Automated Vehicle Testing and Deployment Act of 2017, is now working its way through Congress.

Chinese security researchers have twice demonstrated they can control a Tesla Model X via web and cellular connections. Using its web browser, researchers were able to control the car’s electronically controlled brakes, lights and doors.

“There isn’t such a thing as 100% cyber-proof,” Dvir Reznik, the senior marketing manager for Harman’s automotive cybersecurity division, said in an email. “Car manufacturers and Tier 1 [technology] vendors such as Harman have come together to draft, design and deploy cybersecurity standards and best practices to keep our connected and autonomous cars protected.”

Car makers and tech companies understand that people are worried. In 2015, the automakers set up the Automotive Information Sharing and Analysis Center to share best practices and help design multi-layer hardware and software systems that are much more difficult to hack. In the US, the tech crowd is also working with Congress and the department of transportation to establish federal guidelines related to cybersecurity.

But the truth is the more tech they put into cars, the more points of entry they provide for hackers. Many of the cars sold today rely upon drive-by-wire systems for steering, acceleration, transmission shifting and in some cases, braking. In other words, the steering wheel is more like a life-sized version of a video game console than it is a physical steering wheel. When the driver moves the steering wheel, it sends a signal to an electric motor that turns the wheels left or right. Infotainment systems are connected to the internet, and are integrated into the in-vehicle network that includes the car’s physical functions – this is the link to the outside world. In theory, a hacker could access the vehicle’s computer system via the internet and control its movement.

“As soon as you’ve made online updates available, you’ve opened vehicles up for invasion by hackers,” Jon Geater, chief technical officer of Thales Security, said. “Time and time again, it’s been proven that once you create a system that’s intended to make cars safer, you can always trick it if you know how it works.”

That, he said, is the mentality engineers have when they’re developing automotive hardware and software. But they’re also willing to expose vehicles via online software updates because the logistical challenges posed by physical downloads (car drives to shop, shop downloads new software) would make the frequent improvements required to millions and millions of lines of code virtually impossible to effect.

“It’s not dangerous or foolish to connect up these cars, but you still have to deal with the security risks,” Geater said. “All this stuff is coming along, but it’s being done slowly and surely.”

For its part, General Motors is designing vehicle systems in layers, so that engineers can respond quickly to evolving security threats.

“In the world of security, even if a specific attack is unproven today, we like to assume anything could be possible, if not probable,” Kevin Tierney, GM’s director of vehicle architecture cybersecurity, said. “Fleet-wide attacks are considered when we perform our risk assessments and design our security solutions.”

Geater explained that some of the measures being taken to improve security include separating functions – the sound system can communicate with the vehicle speed system (to modulate sound volume according to vehicle speed), but neither can communicate with the transmission, for example. One of the industry’s greatest security assets, he said, is diversity among the vehicle fleet. In other words, you can’t hack what you don’t know. “Nothing is true of all vehicles anymore,” Geater observed. 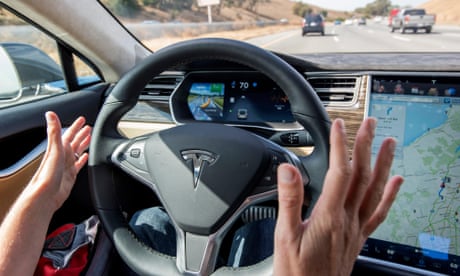 Technology has the potential to improve vehicle safety. According to the National Safety Council, there were more than 40,000 traffic deaths in the US in 2016 – an all-time high. Part of that is due to the sheer number of cars on the road – the US government reports that there were 74m registered vehicles in 1960, and that that number rose to nearly 264m by 2015. With so many cars and trucks, driver error is sure to have an impact, making the case for automation a strong one.

“People prove time and time again to be absolutely terrible, dangerous drivers,” Geater said, adding that the risks posed by an actual human behind the wheel of a car far outweigh those posed by a potential hacker.

“What we’re doing is adding to the opportunities that people can take to attack, so what we have to do is be more vigilant,” he said. “It could all come down to an attacker getting a password on a Post-It note and getting admin access.”

Geater posited that crafting new regulations, as well as changing people’s mentality about transportation and even what it means to own a car, will be the biggest challenges faced by automation in the coming years. He said that once self-driving cars hit the road, cybersecurity is less likely to be an issue than are the countless legacy vehicles that will still be operational on public roads.

“Automated cars will still have to deal with the peril of a 1950 Oldsmobile doddering along in front of them,” he said.