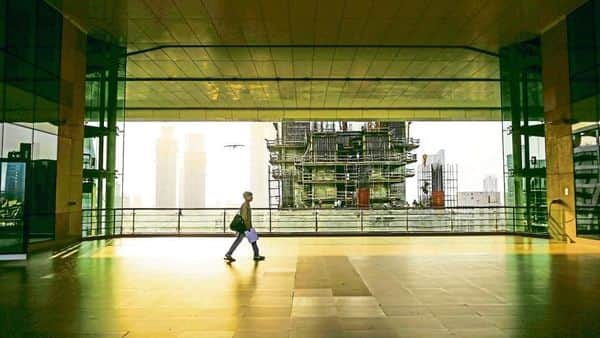 NEW DELHI : When will the real estate sector come out of an extended slump? This question is upmost on most people’s minds, be they retirees with wealth locked up in this asset class, millennials waiting for their homes to be delivered, or others who see the fate of the economy coupled with the performance of this sector.

The country needs sustainable economic and employment growth—jump-starting the real estate sector will serve both needs, killing two proverbial birds with one stone. Urgent action is needed, as the crisis based on oversupply of homes by overleveraged developers, and aggravated by regulatory changes and the NBFC (non-banking financial company) meltdown, has now reached menacing proportions.

The recent move by the Bharatiya Janata Party (BJP)-led government to infuse capital in the realty sector is timely, but inadequate in terms of size. It is unlikely to serve smaller firms outside the metros and mini metros, and needs to be backed by other measures that are executed at a fast pace. Only then will there be a proper resolution of unproductive assets, which will have a positive spillover effect on the economy.

The solution to the real estate problem lies in creating a Real Estate Revitalization Ecosystem (RERE). This essentially intertwines the Real Estate (Regulation and Development) Act (RERA), the Insolvency and Bankruptcy Code (IBC), banking and financial sector, and customers and the developer community. This proposed ecosystem would recapitalize stuck projects with equity largely from overseas; create development capacity to complete these projects; ring-fence the new entrants through provisions under RERA and IBC; and write down valuations to correct the wrongdoings of the past.

The remedial measures have to be a combination of factors: capital infusion, capacity building on the supply side to resolve the unproductive assets, incentives for new entrants and tweaks in the regulatory framework. We need to wipe the slate clean and look ahead. The need of the hour is also to take some hard decisions impacting the current stakeholders. Remember, this situation is akin to the housing-led credit crisis in the US, where a turnaround was led by foreclosed properties and those under development.

The real estate sector is caught in the tweezer grip of delayed project deliveries, developers starved of funds, high unsold inventory and a growing proportion of stalled projects. Unproductive assets in the form of under-construction, stuck or delayed projects are estimated at 560,000 homes worth ₹4.5 trillion ($65 billion) across the top seven Indian cities.

What is scary is that the entire system— from homeowners and developers to banks and lenders—is overleveraged. Prices of homes have fallen due to delayed possession and softening of the market. This has led to many homebuyers’ loan value becoming higher than the present home value. As a result, this has lowered their capacity for personal consumption. Also, developers are overleveraged to the extent of $70 billion and on average have to repay twice as much in debt servicing each year as the income they generate.

But before we detail our solution for revitalizing the real estate sector, it is important to understand how we got into this complicated mess. For that we need to analyse the growth of the sector after liberalization.

Before the sector was opened up to foreign investment in 2005, developers were acquiring land and developing projects through pre-sales, capital-efficient agreements with landowners and bank loans. This expansion was in a limited way, and focused on a city or a region.

After 2005, capital raised from overseas was deployed in equity-like structures with developers. These funds went into projects at the greenfield stage, and were largely used for land acquisition for residential projects. This inched up land prices and many developers also made handsome profits in land aggregation arbitrage, which led them to deploy these gains for more land acquisition.

The pent up housing demand was fuelled by home loans and sales of new projects were largely successful. Buyers who purchased homes for self use or investment, made huge gains on their investment.

This foreign capital raised by private equity (PE) funds for real estate was largely deployed by 2010-11. It spurred home demand and had little leverage impact for developers due to its equity-like structure. By this time, banks had started reaching their sectoral limit of exposure to real estate and it was getting difficult for developers to obtain funds for land acquisitions.

The alternative lending book grew significantly—over 3.5 times to $32 billion, growing at 30-35% annually during the period. This helped developers fund their expansion spree. The excess liquidity was used by developers to build land banks, refinance loans and buy back PE funds’ stakes. Crucially, construction finance took a back seat in order of priority for funds deployment.

The excess liquidity available to developers was also backed by more-than- healthy sales, driven by easy availability of retail loans and attractive subvention scheme offered by developers. This enabling environment—easy customer advances, low regulation and low sales risk—made many unrelated business owners jump into the real estate sector without the requisite experience and track record. The projects were conceived irrespective of demand or pricing parameters, with support coming from the parallel economy. This started creating oversupply in various parts of the country.

Rapid changes brought through demonetization, enactment of RERA, and the introduction of the goods and services tax slowed customer inflows and sales. These also led to liquidity being sucked out for developers, besides increasing the cost of doing business. By mid-2018, initial RERA orders and IBC cases started hitting developers’ cash flows further and construction started slowing down across the board. However, alternative lenders’ capital was still available for refinancing and last-mile financing.

The Infrastructure Leasing and Financial Services crisis hit in September 2018 and started impacting lenders by early 2019. Fresh loan sanctions came to a halt, loans were recalled and disbursals put on hold even for sanctioned projects. As for alternative lenders, PE funds and banks started closing their doors to them. With customers holding up progress payments, developers were now left with under-construction stock, land banks and operational and financial liability, which seemed difficult, nay impossible, to service from current cash flows.

The number of real estate companies referred to National Company Law Tribunal (NCLT) is the highest in number while the resolution achieved is the lowest. This is due to challenges such as seniority being given to new capital, low residual profitability of assets, limitation in ring-fencing of liabilities, and the customer group being recognized as a secured lender and an important voice in the resolution plan.

While asset reconstruction companies clean up the books of banks and alternative lenders, the big issue of capital remains. The project still requires additional infusion of funds to kick-start development and credible entities would need to step into the shoes of the earlier developer. Clearly, funds alone will not solve the problem.

There is a need for large amounts of capital to revitalize these unproductive assets. The BJP government’s initiative to set up an AIF of ₹25,000 crore as priority lending for these projects is curative for the sector and can certainly bring huge relief to homebuyers, financiers and developers. However, a multiple of the existing committed capital is required to resolve the crisis. And that brings us to our solution, which we have titled RERE.

How to multiply capital

The capital committed by the government to AIF can be leveraged by stakeholders—that is fund managers and turnaround specialists—to multiply its reach to projects all over the country, with equal focus on big and small projects. How? The amount of contribution made by the government towards a fund-of-funds (FOF) vehicle should be matched equally or even higher by experienced fund managers in a defined timeline. For example, the ₹25,000 crore can be topped up by other investors (global funds) to the extent of, say, ₹75,000 core.

By doing so, experienced fund managers, turnaround experts and development managers will have skin in the game. Their vetting of investments, technical and operational monitoring, divestment expertise and network effect can be leveraged to resolve the problem expeditiously. This FOF approach will be very relevant and more effective in the present real estate context as downstream realty projects require immediate fund infusion in large quantities.

Customers in stuck project are now wary of existing developers (many are not around for various reasons) and are seeking a replacement developer before they hand over the next instalment. Some are even taking projects in their own hands. Driven by lack of alternatives, instances of amateur resident welfare associations gearing to complete the project themselves are not uncommon, however unpractical.

The fact is, the task ahead is enormous: replace or supplement the existing developers, enhance the reach of capital to 1,600-plus projects spread across the country and quickly build capabilities to resolve them. Only experienced entities that have deep pockets, as well as project development, monitoring and risk management experience can manage this.

What is needed is a regulatory mechanism to ring-fence their involvement by insulating them from liabilities and actions of the existing developer. They also need incentives to participate in stressed projects. This could be in the form of low-cost funds, credit guarantees from institutions and tax breaks on taking exposure in these assets.

Investors are cautious about deploying fresh capital in stuck projects at pre-bankruptcy stage as existing lenders, customers and suppliers can take these projects to liquidation under IBC. Here, fresh investors will have no seniority in the liquidation pool. This is further complicated by customers’ significant control of the committee of creditors. Here, providing seniority to this fresh capital along with defined time duration to perform before these cases can be taken to IBC will allay apprehensions of incoming investors.

It is also necessary to ensure that after funds are infused under the new financing plan, alignment of creditors and customers is achieved. Provisions have to be created to provide adequate time for this new capital to do its work before any NCLT action is taken by customers and creditors.

The stuck projects are also challenged by inadequate residual cash flows for servicing the existing lenders. Many projects have reached a stage where residual project cash flows and assets are only a fraction of outstanding debt and interest. Further, the value at which future sales will happen is also lower than the current prices, propped up by the developer. In order for sales to happen going forward, the prices of inventory also have to be brought in sync with market realities.

So, stakeholders of stuck projects have to recognize deep losses. That’s crucial if we want fresh capital to come in and complete the sea of stalled real estate projects.